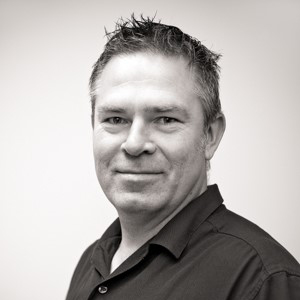 There is no aspect of bentonite waterproofing that is as misunderstood as how it responds to wet/dry cycling. Today’s post is a continuation from my first piece back in June, Time to Talk Tanking in the Wet, as there is no other aspect of bentonite waterproofing that is as misunderstood as how it responds to wet/dry cycling. A Bentonite Waterpoofing system is made up of a number of components. Firstly, let us look at the performance of the sheet membrane that bonds to the concrete. Figure 2 (above) shows a hydration curve for Voltex (Voltex is the membrane as part of our Volclay System) when placed on soil subgrades of varying moisture contents. It can be seen that Voltex (with no water added to the system) reaches a steady-state value after a period of approximately 90 days. It is important to note that the bentonite component of Voltex can only absorb water available in close proximity to itself; in each of these cases, the overall soil moisture values did not measurably change during the test period. This means that, although the moisture content reached steady-state conditions, there is still a suction force present that would allow additional water to be absorbed if it were available.

This information relates to wet/dry cycling in two important ways. First, it is clear that the suction force of bentonite is very powerful and will prevent it from losing water once it hydrates. Second, any water that could theoretically be lost through evaporation will be quickly regained through absorption from a subgrade or saturated zone in an attempt to achieve equilibrium conditions.

Figure 3 (below) evaluates the performance of the bentonite layer after it has been fully hydrated. This data again demonstrates the remarkable moisture retention properties of bentonite. Starting at an initial moisture content of 300% (which would represent an extremely wet layer), moisture contents were measured over time as the layer was subjected to a controlled environment of 32°C during the day and 21°C during the night. The layer was buried beneath 250mm of dry sand, and no additional moisture was added to the system during the 300-day test period. Figure 3 shows that 270 days (9 months) elapsed before the moisture content of the bentonite dropped below the threshold value of 90%, at which point it becomes cracked and potentially susceptible to increased leakage. The experimental conditions were extreme considering the shallow burial depth and the lack of additional water during the test period, yet the bentonite still maintained its integrity as a monolithic barrier during this time.

The main conclusion from the research is that in buried environments, a hydrated bentonite layer simply will not dry out. Finally, even if drying were to occur (again an extremely remote possibility), bentonite has been proven to rehydrate to its original level of performance. Figures 4 and 5 (below) illustrate rehydration and permeability data for Voltex that was subjected to multiple wet/dry cycles, showing no loss of performance after each cycle. There is a clear and persuasive data that 'wet-dry cycling' does not occur in Voltex and should not be considered a problem. Even if such cycles were to occur, Voltex has been proven to rehydrate and reseal in the presence of water.

Are You A Net Zero Hero? Part 1: Energy 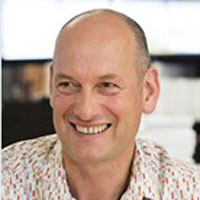