As a supplier to the plumbing industry since the 1980s, Ian Jackson promoted the introduction to New Zealand of the AS 3500 Australian Plumbing Code, now known as AS/NZ 3500. Dame Cindy and Ian Jackson at the 2022 New Year's Honours Ian made the headlines while an apprentice with his father and appeared in the Dominion newspaper in June 1956. (left) The JP Jackson plumbing company was established by Ian's father, Jim, in Tiahape. (right) Ian Jackson started his first business, Jackson Plumbing, in Auckland during the 1960s. NZ Plumber talked to Ian Jackson about his family run Allproof Industries business and his significant contribution to the industry over many years, which was recognised in the 2022 New Year’s Honours:

Work has always been a family affair for Ian Jackson, from joining his father’s plumbing business in 1953, to running successful ventures with his wife Maureen and seeing his children help him grow Allproof Industries.

The 85-year-old remains a shareholder and Director of the Auckland-based company and says he is happy to contribute where possible. His efforts over the years were recognised in the 2022 New Year Honours when he received the MNZM for services to the plumbing industry and the community.

It all began after Ian finished his secondary education at Wellington College and started working with his father Jim Jackson at JP Jackson Ltd in Taihape in January 1953. Ian says it was a unique plumbing and drainage business in the North Island’s Central Plateau that serviced an area from Taupo to Hunterville.

“My father’s business quickly flourished at the start of World War II with the building of Waiouru Military Camp half an hour north of Taihape.”

He adds that the company went on to obtain the first significant equipment in the area, such as diggers, compressors and rock-blasting equipment for major drainage and sewage treatment constructions.

“Jim Jackson was much more than a plumber,” says Ian. “I remember my father having the conversation in our house with his good friends Jim and Rolly Shand about starting a plumbing supply business owned by plumbers.

“This was, of course, the idea that led to the Shand Brothers becoming Plumbing World in Palmerston North and the commencement of a successful major national plumbing supply chain.”

After Ian completed his apprenticeship, he decided to move to Auckland in 1958 to gain experience in commercial plumbing before then heading across the Tasman. “I was employed by WA Chenery, at the time New Zealand’s largest plumbing company. I gained further experience in Australia working as a plumber at Tooths Brewery, Sydney.”

It was in Sydney that Ian got married to Maureen in 1962 and three years later the couple moved back to Auckland and he started his own company, Jackson Plumbing Ltd. It soon became prominent as an inner-city maintenance company, with a sheet metal shop making the Asta brand of hot water cylinders, and lead edge barge and ridge products for Alex Harvey decramastic roofing.

“We operated Auckland-wide for the next 30 years,” says Ian. “In the ’80s, Maureen and I purchased Barry Wilkie’s plumbing business on the Whangaparaoa Peninsula and that company became Wilkie Plumbing, servicing the Hibiscus Coast area.”

In 1986, Ian became a shareholder in Allproof Industries, an Australian company supplying waterproofing products to the construction industry, and over the next few years, he and Maureen gained the total shareholding of its New Zealand and Australian arms. “As a supplier to the plumbing industry, I saw the opportunity to introduce to New Zealand a different more efficient and cost-effective way of plumbing, particularly to the commercial and apartment construction sector,” he explains. “This was the Australian Plumbing system AS 3500 Plumbing Code, later to become known as AS/NZ 3500. With this design layout of the standard, materials and labour costs were greatly reduced.”

Allproof Industries commenced manufacture of products required for the AS/NZS 3500 standards and over the past 35 years has designed and manufactured a large number of products, including many new ones created by its design team.

Ian and Maureen’s children are also involved in the industry with one of their sons, Adam, now General Manager at Allproof, their daughter Jacinta the Administration Manager and their other son, Jared, spent 24 years with the company.

“It’s been a great privilege working so closely with my wife and children. I have enjoyed watching them learn about the business and it has been an enjoyable experience working alongside them to grow the business to what it is today.” Maureen passed away in December 2020 but Ian notes her legacy to the industry lives on as Master Plumbers introduced the Jackson Women in Plumbing Trophy, awarded at its annual conference.

Through Allproof, Ian has also supported a number of charities, schools, sporting and local music organisations and he has been a member and president of the Auckland West Rotary Club. “My family has always been philanthropic. We usually have a discussion amongst ourselves when we get requests and tend to support relevant groups or organisations that we may have a connection with, or feel they warrant and would benefit from our support.” Ian lists his interests away from plumbing as sport, rugby, swimming, surf lifesaving and music. “I have played as a drummer and pianist in many bands,” he says.

This article has been taken from NZ Plumber April-May 2022 issue, written by Matthew Lowe. 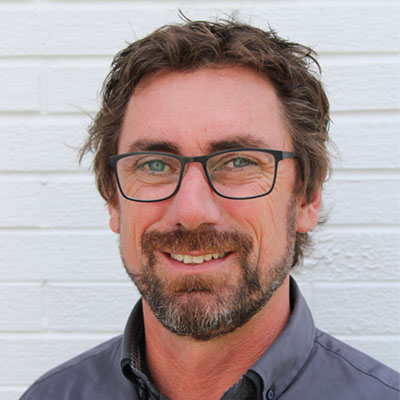