Kitchen designers like Wanaka-based Melanie Craig love to use Corian to help them create stunning kitchens for their clients due to its seamless joins, almost endless design possibilities, durability and range of beautiful colours.

"A stand-out modern kitchen should have some element of heart and soul," says Melanie, "Where the designer has taken the time to think about not only the function but also how it looks when it’s not being used so it looks like a piece of crafted furniture.”

Melanie started her interior architectural company in 2005 designing kitchens but quickly expanded her services to designing any room of the house. Based in Wanaka with a team of eight, Melanie Craig has projects nationwide, helping to create personalised, unique interior spaces for her clients. For Melanie and her team, designing a modern kitchen means not only catering to functional elements like cooking, cleaning, prep and storage, but also making the kitchen aesthetically beautiful by using different materials for texture, strong colours and layering shapes.

The team designed this Wanaka kitchen featuring Corian and FENIX as part of a new build for their clients in December 2020. The original floorplan included a scullery which was closed off from the rest of the kitchen. After consulting with her clients, this was changed to allow for a more open space which now encourages interactivity with the rest of the house.

Corian Grey Onyx was ordered on indent for the sculpted benchtop and was thermoformed in a folded paper style by authorised Corian fabricator, Central Benchmakers. (Using the New Zealand-stocked colour of White Onyx would give a very similar look, without having to indent product.) Melanie’s favourite feature of this kitchen is the negative detailing in FENIX NTA Oro Cortez which provides a sophisticated metallic gold contrast and directs the eye to the exposed shelving and sharp lines of the black cabinetry.

Inspired by the local environment, a colour palette with strong colours was used in large swathes and complements the more neutral tones of the Corian benchtop and FENIX accented cabinetry.

Melanie sees some clear trends emerging in kitchen design, particularly the inclusion of a more interactive layout in larger kitchens — where the cooktop and sink are integrated into a large kitchen island, allowing hosts to entertain and cook at the same time. She would love to work on a project using Corian Rain Cloud to make a cantilevered benchtop and a matching splashback, all complemented with a harmonious layering of textiles, colours and shapes.

With modern kitchen design continually evolving, Corian and FENIX have the design flexibility, colour range and durability for your next project. FENIX is an innovative material created for interior design applications by Arpa Industriale in Italy. 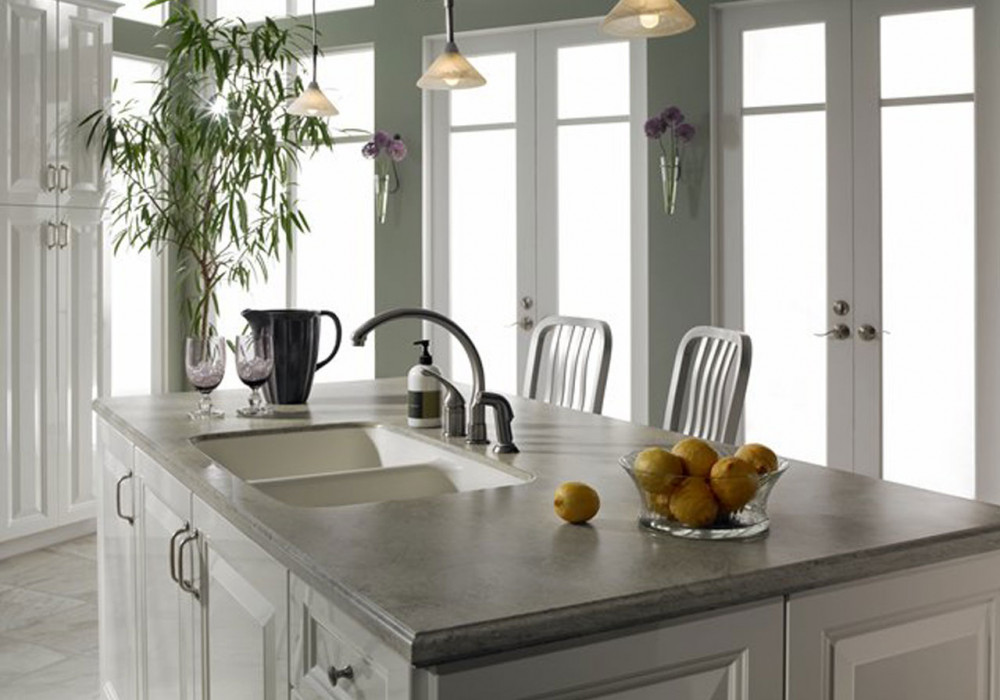 The silky, tactile aesthetic of Corian Solid Surface conceals a deeper reward: a practical, durable, non-porous and stain-resistant surface that cannot be replicated by any other conventional material.

Residential and commercial surfaces: including cabinetry, benchtops and counters, and interior wall linings

Available in 28 colours which are housed in four distinct collections - Solid Whites, Essentials, Design and Organics. Corian transcends fashion and integrates timelessly with any style. 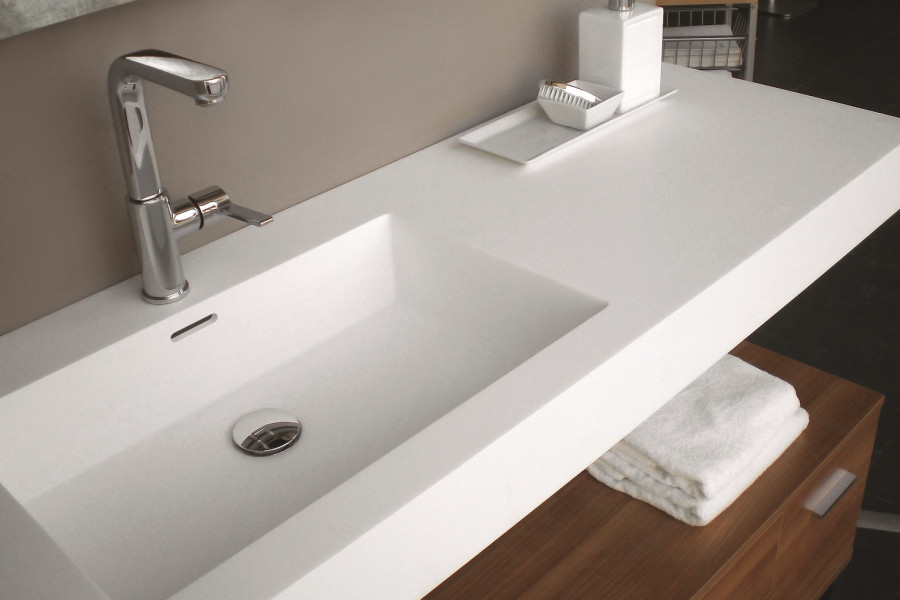