The brief was for a modern take on a barn that made the most of the views over the sea to Little Barrier Island. 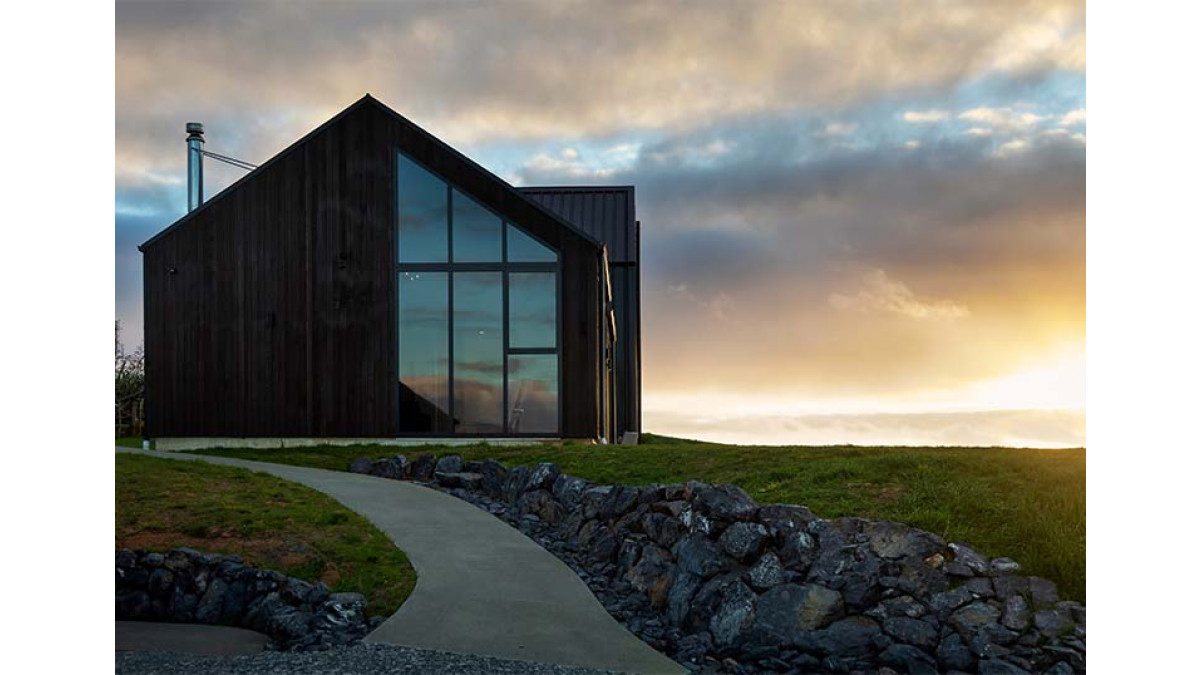 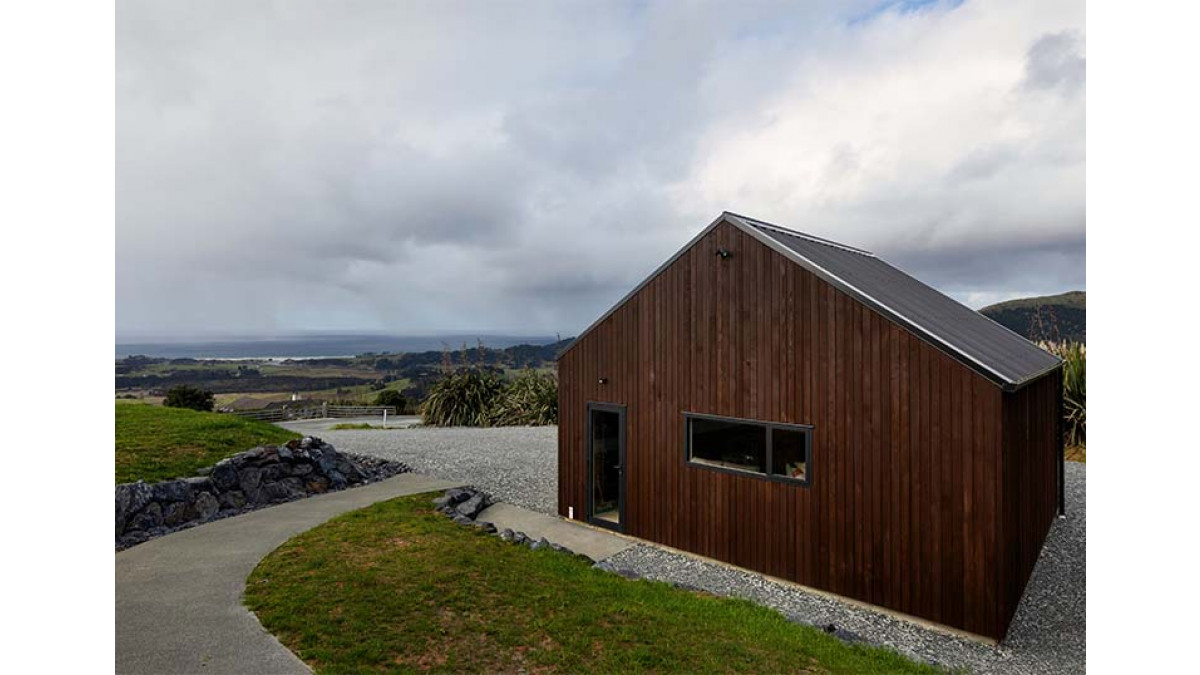 Nicholas Mann’s brief from his Auckland client was to design a new Home and not a Bach in the hinterland of Pakiri, north of Auckland. The client’s busy life in Auckland and ability to work from home meant that this house was to be a retreat to escape to in a beautiful remote part of the country. The brief was for a modern take on a barn that made the most of the views over the sea to Little Barrier Island (north eastern aspect). The outlook to the sea is 180 degrees and being situated at the top of the hill, also allowed for stunning sights back over native bush to the southern and western aspect.

Nicholas’ design vision included a strong wide tray profile that took into consideration the client’s budget considerations that did not extend to a traditional standing seam. Steel & Tube ST963 was an ideal choice as it offered the wide 230mm swaged pan with performance strength in the face of strong winds from the sea.

Nicholas felt that the bigger dwelling was balanced by ST963’s wide pan profile which also became a visually appealing cladding feature. The Rosenfeld Kidson profile in Vertical Shiplap Cedar weatherboard complemented the wide pans and high rib of COLORSTEEL Flaxpod ST963 and brought to life a modern interpretation of the barn like structure the client desired. AO Architecture, based in Christchurch, has found the post-earthquake building environment has increased demand for lightweight profiled metal for roofing and more recently for cladding as cost-effective options.

The dwelling sits at the highest point of the surrounding rolling hill which has offered privacy despite the open nature of both site and home. The building platform has been embraced by spreading the house along the site, opening it up to be both bathed in sun as well as a prime seat to watch the wild weather roll in from the ocean. Given the size of the site, each space within has been graced with both views, sun and connection to nature.

The home took the standard gable pitched roof, rectangular shaped barn and splayed it out along the site with a series of smaller forms that retain the overall simplistic form. This allowed each space to make the most of the preferred views with a single depth design. Separating the roof form and floor plate helped site the dwelling upon the hill with a more appropriate scale. The proportions were further controlled by removing the garage gable from the main house and rotating it, and also giving additional height to the main bedroom gable. The large amount of glazing on the northern side and limited glazing on East, West and Southern faces helps with the solar gains on the concrete mass. The addition of solar panels to the north facing roof supported the energy demands of a large house. The single depth spaces allow for cross ventilation for cooling. ST963 is a profiled metal roofing and cladding profile manufactured with four trapezoidal ribs of 46mm in height.

ST963 is suitable for a wide range of end uses including roof and wall cladding, ceilings and linings. It can be spring curved in .55mm thickness G550 steel to a minimum radius of 60m. The specific design makes it suitable for high wind zones and all corrosion zones.

ST963 if designed, used, installed and maintained in accordance with the statements and conditions of the technical literature, will meet or contribute to meeting the following provisions of the NZBC: 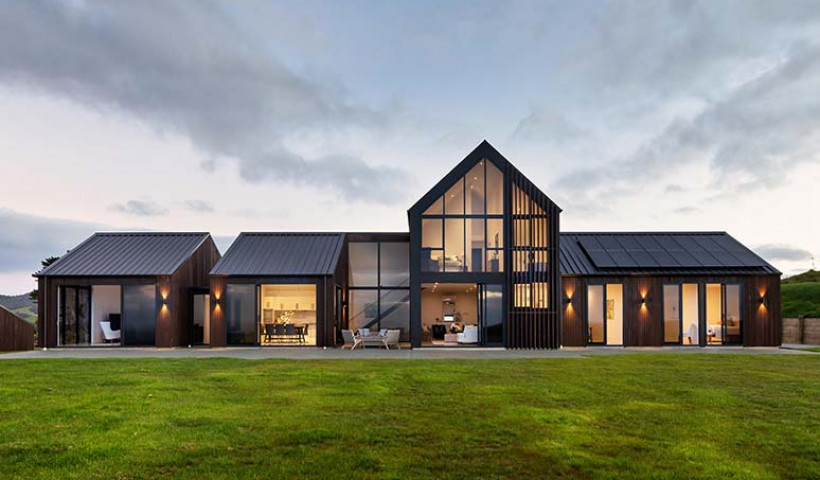 A Striking S&T Roof for Percy Café at The Landing