Marley Stratus Design Series spouting and RP80 downpipes in Grey Friars were chosen to match the roof and decks while providing contrast with the white weatherboard cladding of the 111 year old home. If there was ever a home with a story to tell, it’s this one. Situated in Clarks Beach, Hayley and Chris Parsons love their 640m² Victorian beauty that sits on nine hectares of rural coastal land overlooking water on both sides.

Huntly House started its life back in 1911 in Central Palmerston North. It was the first house in Palmerston North to have its own electricity supply at some stage before 1924.

It was moved to another part of Palmerston North in the 1980’s. The house flowed through many lives. People are fascinated to learn that at one point it had been used as a mechanics workshop and the cut out for the grease pit remains in the main lounge.

The Parsons family initially decided to build a new, modern, single level dwelling on the site. This would have been simpler, faster, and cheaper than relocating a three storey, 111-year-old house.

The roof and some of the wooden accents at the top of the house are Grey Friars and that was also the colour chosen for the Marley Stratus Design Series Stormcloud spouting and RP80 downpipes. The darker shade of grey definitely frames the house beautifully.

“Marley is a household name for us. We have used Marley products on all our building projects and love that it’s made in New Zealand.”

The Parsons did have the option to use pressed steel spouting, like what was already on the house, but as they’re in a coastal environment they decided on the longevity of the Marley product because it won’t rust or corrode — and the Stratus Design Series had the Grey Friars they wanted.

“We knew we wanted to have a neutral colour palette that would complement the environment. We started with the roof and spouting in Grey Friars and the door colour, Resene Pohutakawa, and went from there.”

We also knew we didn’t want to have white downpipes so selected Stratus RP80 in Grey Friars to match the roof and decks and they are really happy with the contrast.

The Stormcloud profile was chosen for its clean, strong lines.

There’s no denying she looks the part in the landscape, and the Parsons know she will stand the test of time overlooking the coast for another 100 years.

“We’re so pleased we went with Marley Stratus Design Series because it looks great, and we really do know it will last!”

Marley uPVC spouting and downpipe systems are designed for the collection and discharge of rainwater from roof areas. Suitable only as external spouting.

All Marley uPVC spouting and downpipe systems are suitable for the collection of rainwater for drinking purposes.

Marley uPVC systems are also tested and comply with AS/NZS 4020:2005 Testing of products for use in contact with drinking water.

Marley Stormcloud is the perfect spouting for those who wish to retain the existing look of a home while enjoying the low maintenance and long life benefits of uPVC.

Suitable for installation on new or existing residential homes.

Marley round downpipes available in 80mm and 65mm diameter. 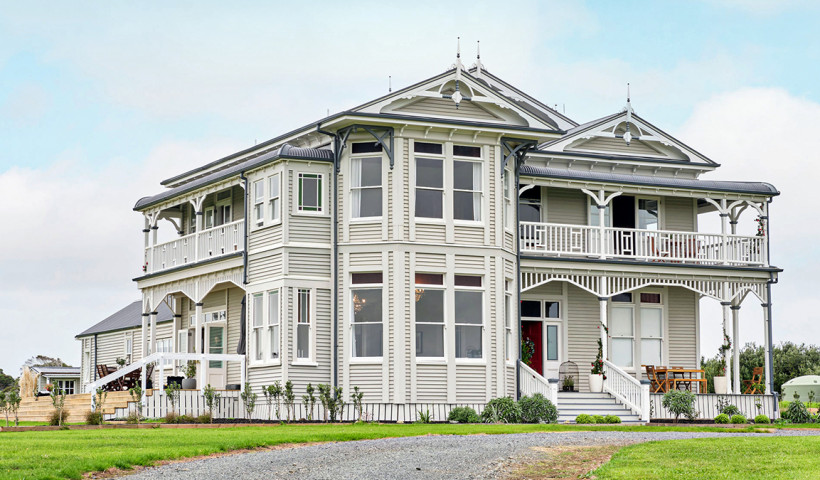 From Derelict to Delightful in Dairy Flat