Created offsite, a new modular building has expanded the capabilities for this Coromandel surf club. Using COLORSTEEL Altimate cladding, the new club offers a crisp aesthetic that will last for years to come. Since its formation in 1989, the Onemana Surf Club has operated out of humble headquarters. First, a simple caravan, parked on the beach, offered storage and shelter. Later, a cinder block extension to the public toilets provided a more permanent premises. After many years of planning, fundraising and grant applications, the club now has a brand-new purpose-built clubhouse that will provide the community with a space for events while also extending the surf patrol and training capabilities for the club.

The project was complicated due to the archaeological significance of the area which contains midden, suggesting evidence of early Māori activity. Being a council reserve, it would have been difficult to obtain consent for any new building. So, the obvious solution was to build above the existing structure. To further avoid upsetting the archaeological zone, Leisurecom Homes manufactured the building in their factory before transporting it to site. Other than three holes excavated to create some structural legs for the building, the site remained intact.

Having the building recess into the landscape was an important factor when briefing the architect, says Club Chairperson Nick Mcleay. “We wanted more storage and a better clubroom, and it needed to blend in with the surrounding environment. When we were ready to press start on the building, it was going to have a board and batten exterior, but then several significant grants came our way and we were able to upgrade well beyond our original specs, and that included the cladding. The metal cladding makes it a durable and low maintenance building. If we had gone with board and batten, we would be having to stain it every other year, if not more often.”

COLORSTEEL Altimate in FlaxPod was chosen for the project’s roof and wall cladding. Altimate combines the exceptional corrosive resistance of marine grade aluminium with the proven paint technology of COLORSTEEL. The addition of Altimate to the COLORSTEEL range now means there’s a suitable COLORSTEEL solution for projects situated in some of the harshest conditions right along New Zealand's coastline.

For Architect Jenny Walter, the cladding was also an aesthetic choice. “We used Metalcraft's MC760. It's a nice, cost-effective profile that gives the building the crisp lines that we wanted. By wrapping the whole building in COLORSTEEL, it gives a nice envelope and the FlaxPod colour helps it to recess into the landscape. We then have a couple of cedar panels just for contrast.”

The building encompasses a kitchen, accessible toilet, control tower, viewing deck and secondary large deck to one side. The form came from the idea of a viewfinder, says Jenny. “You need to be up there and able to see all the beach, so the form of the building focuses on the lifeguard’s view. It’s like a gunner’s view, a slot view, of the whole beach to focus your attention.”

For the club, having this extra space — and getting out of the ablutions block — has been a dream come true, explains Nick. “The room upstairs can be used for lifeguard training such as First Aid and CPR. It also means we can give back to other surf clubs, who have had our backs for years, and hold events here. We’ve also been able to open up to community groups, such as the local Onemana ratepayers and community association meetings. Surf school uses it as a competition tower. Community use is what we’re trying to promote as a club. Without the community we wouldn't have our new clubhouse.” Designed for superior corrosion protection COLORSTEEL Altimate™ is the ideal roofing and wall cladding solution for some of the most extreme conditions found across New Zealand.

COLORSTEEL Altimate is a Type 6 product in accordance with AS/NZS 2728:2013 and therefore is consistent with the NZ Building Code for use in environments as described in Acceptable Solution E2/AS1 Table 20. 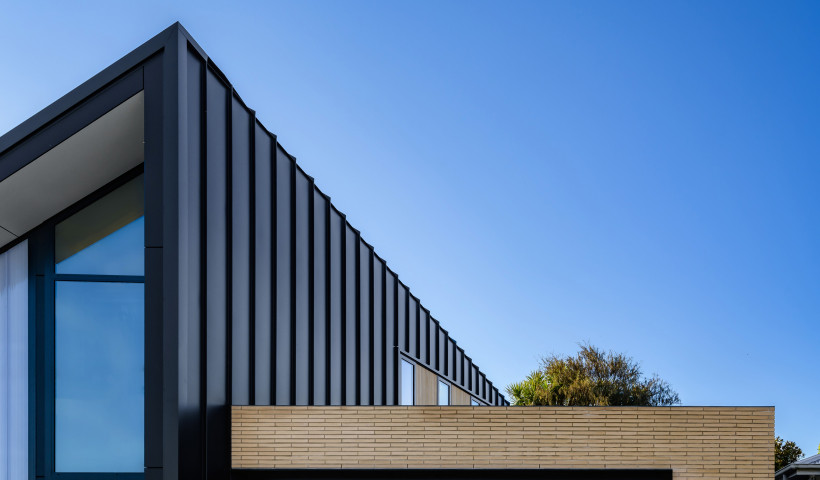