The owners of Orphans Kitchen, Josh and Tom, dreamed up the idea for the restaurant after putting on an 'Orphans Christmas Dinner' for expat kiwis while living in London. Returning to NZ, they wanted to open an eatery that was unpretentious and welcoming; they wanted patrons to walk in and immediately feel included and at home.

Located at 118 Ponsonby Road, Auckland, Orphans Kitchen is a long, narrow, casual space with a high stud that feels a little like a dining hall. Traditional timber materials offer plenty of character but as hard surfaces, also reflect noise and create reverberation throughout the popular restaurant. Recognising the importance of patron comfort, Josh and Tom contacted Ecoplus Systems to provide an affordable solution to problematic noise without detracting from the character elements of the space.

Acoustic Plus Sound Absorbing Baffle Beams are designed to provide a linear acoustic solution. Available in a selection of standard sizes, the beams can also be custom manufactured or wrapped in fabric for decorative effect. Each beam is pre-finished on all sides and facings to provide a clean frameless appearance. Installation takes a matter of minutes using the adjustable cable hangers or the beams can be direct fixed into proprietary U channel.

Ecoplus Systems was selected primarily because its baffle beams are reliable, having been tested and measured for acoustic performance at Auckland University Acoustic Services. Josh and Tom were also attracted to the installation method and supplied fixings, making it relatively easy and straightforward for them to install the beams themselves.

The guys at Orphans Kitchen installed the beams themselves and report a significant improvement in noise reduction with positive comments from both patrons and staff. 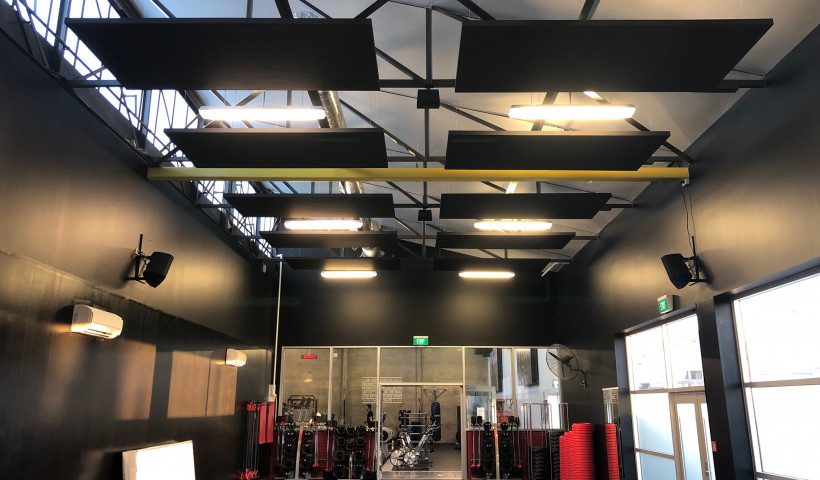