12 Selwyn Road is a remedial project which required passive fire stopping systems to be installed between the 23 units within the apartment building to prevent the potential spread of fire.

The first challenge was the split levels of the units, which featured timber trusses penetrating either 60/60/60 13mm plasterboard inter-tenancy wall or external wall.

It is important to note that not only were there bottom chords and webs that needed protection but that the project team also had to contend with top chords topped with plywood. A tested and endorsed system that would stop the spread of fire in the event of fire reaching the roof truss level was required.

When considering other possible systems, issues were found around complexity, time, lack of testing data, and expense.

It was beneficial to the project that Tech Coatings had recently tested on timber penetrating through a 60/60/60 13mm plasterboard wall system, using three different scenarios:

In addition, under the permissible variations allowed in AS 1530.4:2014, the Tech Coatings system can be used on timber with a greater cross-section, i.e. 140mm x 45mm or timber denser than radiata pine.

By utilising the Tech Coatings system, a fast and complete passive fire solution for the project could be specified.

Linings Limited was the approved applicator to install the system. Using an online QA system designed by Clarinspect, every timber penetration was digitally recorded at each individual stage and then given a printed label stating the product specification, fire rating achieved, individual installer and installation company.

Linings Limited was able to install the system quickly and provide detailed evidence that the system was installed to specification and to a very high standard.

The Tech Coatings system comprising of FBL-100 intumescent coating, combined with BOSS-FireMastic-HPE, provided a solution that met the passive fire requirements of the New Zealand Building Code — preventing any potential spread of fire between units, with the added benefit of fast application. All relevant certificates, assessments and reports are available upon request. 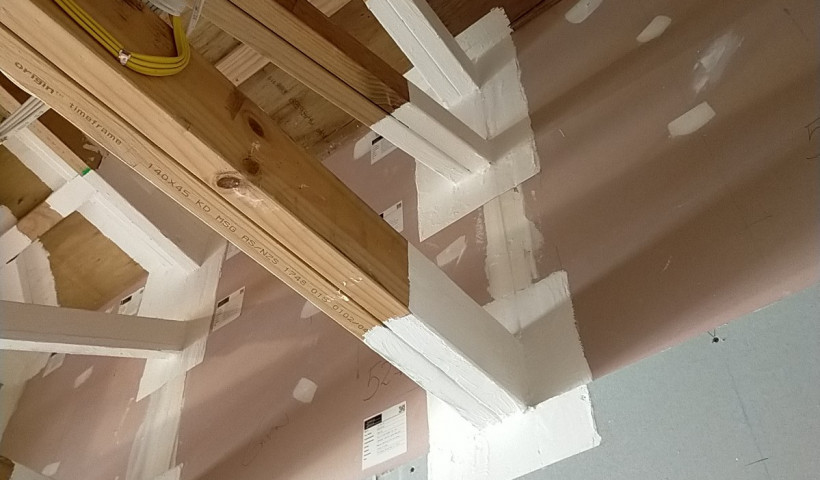 The Passive Fire Industry and the Task Factor: Creating the Work Space The Passive Fire Industry and the Organisation Factor: From Control to Commitment