Toilet and shower cubicles were supplied to Jackson Enterprises at their building which is currently being refurbished. 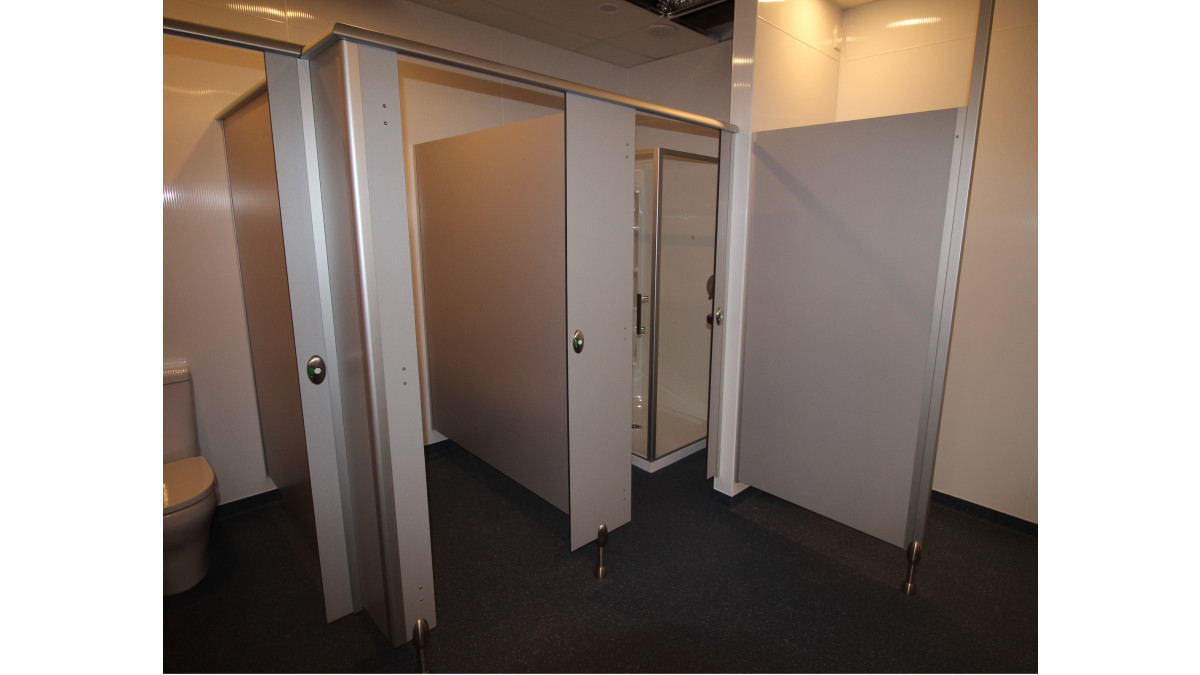 KerMac Industries have just completed a refurbishment for Jackson Enterprises who create purpose built Vans for the NZ market.

Director of Jackson Enterprises, Peter Jackson, visited Kermac Factory requiring toilet and shower partition system that would suit the building which is currently being refurbished.

After a couple meetings advising Peter on the current available designs and colours, it was decided the K-Compact system with 13mm compact laminate panels was the best option. As shown in the photos, the dividers and front panels were supplied in ‘Zincworks’ and the doors in ‘Pillarbox’.

The K-Compact system was chosen due to the durable hardware which include KerMac self-open hinges and locks and a versatile compact panel which is waterproof.

KerMac will also be supplying lockers in compact laminate at a later stage. The K-Compact system is constructed from compact laminate which is a strong, durable and moisture resistant material.

K-Compact is an excellent choice for shower and wet area applications, including those with high humidity. The Decking Screw with Brains from SPAX