The Spartherm XL Wood Fire has an impressive heat output of 24kW, enough to meet the demands of the Bay of Plenty winter climate. Immersed in native New Zealand bush, Rotoiti Lake House is drenched in scenery and anchored in place. Perched above the lake and nestled into the hillside, the home maintains a strong relationship with the earth and is intensely informed by its surrounds.

Evelyn McNamara from EMA was delighted to work on the design for the luxurious holiday home that would bridge the gap between the natural and the built environment, and evoke a grounding familiarity for the immediate and extended family who would occupy the space.

The design brief was born out of nostalgia — years of family holidays in Lake Rotoiti had led to their decision to build on the site. They wanted the home to blend into its tree-scaped backdrop, as if it was written into the narrative of the land.

“We wanted the house to be unassuming from the street and the lake. This incredible setting of native New Zealand bush behind, and a lake in front provided a really special sense of place that we tried very hard to respect,” says Evelyn.

The choice of material palette was vital to ensure the home was modernist in its design, but would also sympathise with its surroundings. The use of textured concrete and dark stained Accoya timber cladding are the heroes of the space — inspired by the tones and textures that paint the Bay of Plenty landscape.

The concrete was used to create an anchor to the lower level of the home, giving it a further sense of permanence, Evelyn says. And the Accoya timber is a soft reference to the rich timbers found in the forest outside — a beautiful duet of colour between the home and the environment.

"I think the materiality throughout the home is a real triumph," says Evelyn. "The use of timbers internally really brings a sense of warmth and enclosure to the home."

The reflection of these materials inside the home creates synergy between the indoors and out. Within the walls of the home, a calming balance of light and dark elements feature throughout while decadent green carpeting is a reflection of the rich strokes of colour that permeate from the outside in.

"The use of board form concrete to house the indoor fireplace and then the black stained cedar cladding gives a richness to the space. These materials are then lightened and warmed by the use of oak timber on the floor and ceiling."

Renowned for being incredibly cold in winter, it was important that the home be a place of retreat in the colder months. In the living room, the design takes the form of a bunker — cosy, enclosed, and encompassing. When evening comes, the family would be beckoned to spend the day's final hours hunkered down and swapping stories over flames.

The fireplace design is the embodiment of this ethos — creating a home base within the room while also referencing the outside experiences that cultivate the home.

"The overall fireplace wall design was to reflect this notion of being in a bunker, a winter retreat, so these materials really evoke that mood."

When it came to selecting the fireplace, it needed to be aesthetically minimal, while also having great heat output and being clean air approved. Engaging the help of the team at Stoke Fireplace Studio, Auckland, they fell for the European charm of the Spartherm XL Wood Fireplace.

But it wasn’t all smooth sailing — deciding where to vent the fireplace was tricky as it was important that the design remained clean and minimalist. Having the vents above or beside the fire would detract from the design, Evelyn says.

"Instead, we have ducted them to the vertical cedar wall and hidden them behind custom steel grilles. We have also run a continuous steel grille along the bottom of the fire to ensure the intake vents look like they’re designed to be there."

The Spartherm XL Wood Fire has an impressive heat output of 24kW, enough to meet the demands of the Bay of Plenty winter climate.

What they were left with was a roaring wood-burning fireplace for the family to gravitate to and would accompany long winter nights at the lake house.

Ultimately, the concept behind Rotoiti Lake House was to create a space that was empathetic to the wild sensibilities of the landscape while forging a strong relationship between the land, and the people who share it. A sense of place.

Learn more about the featured Spartherm XL Wood Fire, or see it now in your nearest Stoke Fireplace Studio. This is the most powerful Spartherm single-sided fireplace available here. 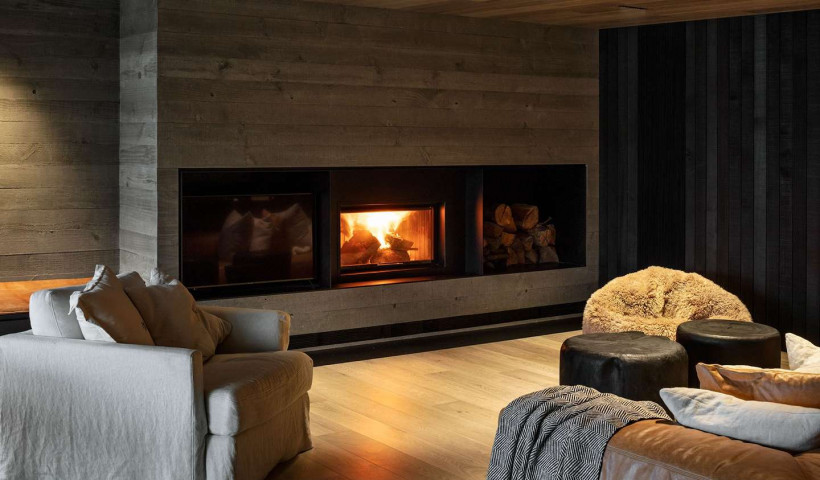 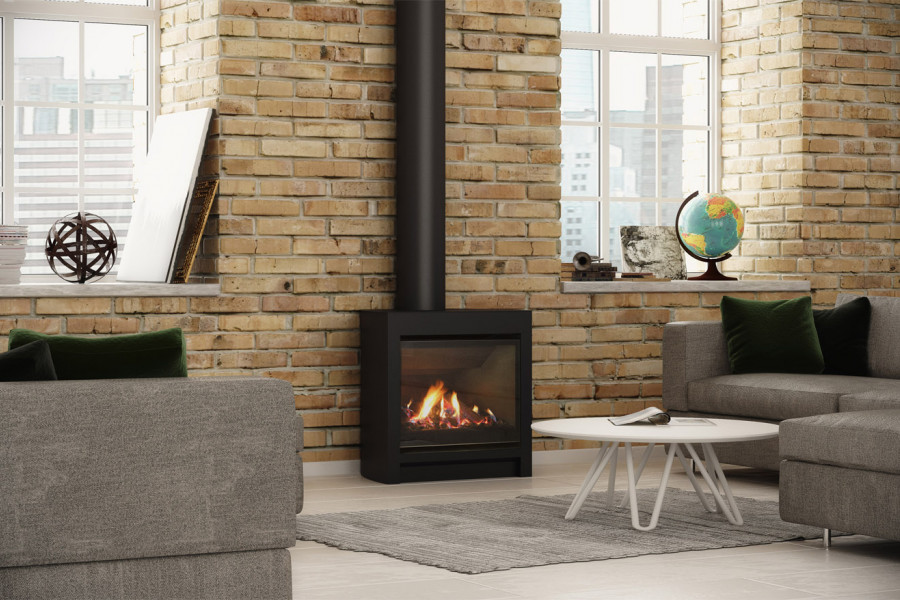