The stunning Escea DS1650 Gas Fireplace with timber framing was chosen to bring warmth to the home both visually and temperature-wise. 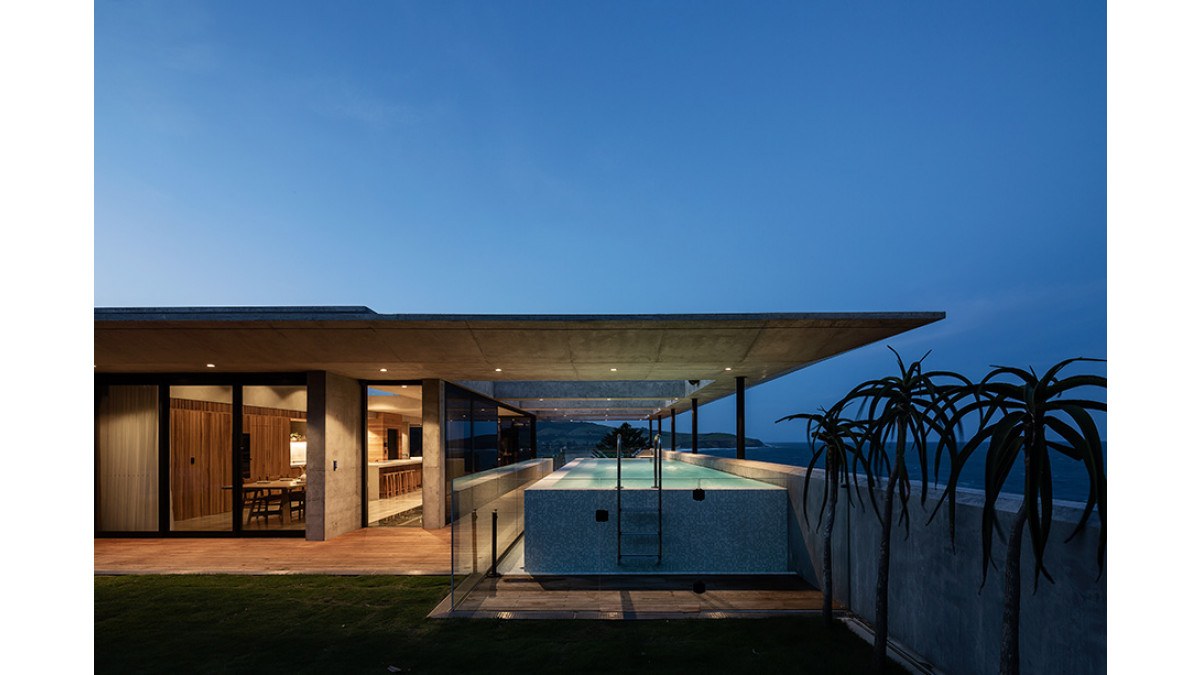 Situated on the South Coast of New South Wales, in the popular beach town of Gerringong and casting views over Werri beach, Bunker House greets you with a strong, handsome and rugged facade of concrete, stone and cedar.

Driven by a passion for design and backed by the pillar of his 17 years’ experience in the building industry, Futureflip Owner and Director, Neil Hipwell, had a vision for the Bunker House project. He strived to create a sustainable, luxury home that was sensitive to its surrounds, and celebrated natural, hard-wearing materials which would age like a fine wine.

The design of Bunker House was inspired by Neil’s infatuation with the war-time bunkers that can be found in the Gerringong area — with concrete as his material muse.

Albeit stunning to look at, Gerringong is renowned for being incredibly cold and windy in the winter months. “We knew that having a fireplace was non-negotiable. And having had Escea fireplaces in the past, the choice was easy,” Neil says.

“The living room had the potential to be quite cold, with a concrete floor, ceiling, and walls. The Escea fireplace warms up the space both aesthetically and temperature wise.”

Neil chose an Escea DS1650 Gas Fireplace, installed into a timber surround with a striking exposed flue. Locally sourced, Victorian Ash timber was chosen to further warm up the space. “We wanted to bring through some light, warmer tones to contrast against the off-form concrete,” he says.

The slimline design of the Escea DS1650 was seamlessly integrated into the concept for the fireplace. “Visually, the Escea is striking, and the shape works so well with the linear forms of the Bunker House."

But it was the way the fire integrates into their day-to-day lives that was the selling point — with the Smart Heat app allowing the family to turn the fireplace on from their home in Sydney, before they’ve even hit the road for a weekend at the Bunker.

“The integration with our smart-home system is so handy. We really love it,” says Neil.

Perfectly positioned to witness the comings and goings of the tide, the daily arrival and departure of the sun and the changing colours of the seasons, Bunker House is also a sanctuary where Neil and his wife can watch their young family grow and thrive for the foreseeable years.

Learn more about the Bunker House by Futureflip & the Escea DS1650 Gas Fireplace at escea.com/blog The single-sided DS1650 gas fireplace is ultra-wide, super slim and powerful to boot — it generates 10.5kw of heat. 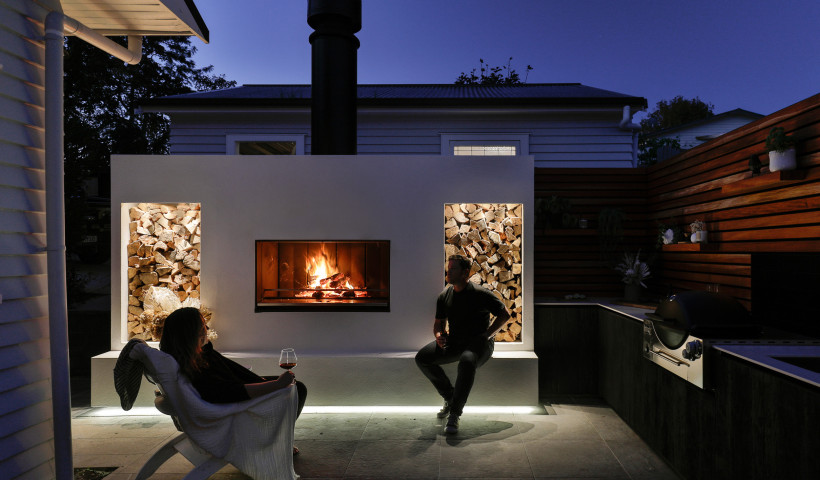 The Rise of the Year-Round Outdoor Kitchen