A tough site on a steep hillside in Aro Valley called for some out-of-the-box thinking, resulting in this pair of compelling, compact homes that successfully utilises COLORSTEEL throughout the interior. Purchased by an overseas-based relative of Wellington architect Geoff Fletcher, this bush-clad site in Aro Valley appeared nearly unbuildable, with a lack of easy access and a steeply pitched slope. But, where there is a will, there is a way — and Geoff and the owner were willing.

“It was a challenging project,” says the architect. “Was it worth it? It is now that it is all done! I became the main contractor and did a lot of the running around, which reduced costs significantly.”

To make it work, Geoff proposed the site be split in two, with two houses stacked one above the other on the hillside. The upper house has become Geoff’s home, while the lower house is tenanted. The pair seem like yin and yan when seen from afar, with access to sunlight playing a large part in the colour choices and shape of the two structures.

“The lower house is clad in COLORSTEEL Cloud. It’s more of a bush retreat with a lot less light reaching it so we wanted something to reflect the light around,” Geoff explains. “The upper house has exterior cladding in COLORSTEEL Ebony, as it had almost too much light and we wanted it to disappear into the bush.”

The upper house — dubbed the Black House — has wide spanning views across the harbour and towards the city. Compact at 58 square metres, a clever floorplan allows for living, kitchen and dining to be oriented towards the view, which is framed by sections of floor-to-ceiling windows, while the three bedrooms are set back against the hillside for privacy. Black is also the dominant colour inside, with black interior walls and furnishings, and a ceiling also clad in COLORSTEEL Ebony using a Steel & Tube medium rib profile.

Interestingly, the White House is also clad both inside and out in COLORSTEEL, a feature which appears simple, sleek and effective, but was complex to construct for John Verstappen. John built the superstructure of the house using 150mm steel framing. With no flashings, the metal is bent around the corners and the corrugated profile meticulously replicated with scalloping where the walls and ceilings meet. “I detailed it hopefully. It’s a very bespoke job. If it was simple and had cover flashing on corners it would save time, but this is delicately done,” says Geoff.

The form of the white house is also unusual, with a lofty monopitch roof that matches the angle of the site at 38 degrees, skylights injecting light down into the double-height space, and an interior layout that provides two bedrooms and all necessary elements packed tightly into just 44 square metres. The floor is laid with a hardy, pale strandboard and, at the home’s centre, the bathroom is housed within a plywood box, with the kitchen running along the edge and doubling as a hallway.

The choice to use corrugated steel was an obvious one for Geoff. “I’ve absolutely always loved corrugate,” he says. “I love the architecture of the countryside; it's like it’s almost done by accident. These two houses are a bit like implement sheds, incredibly simple things. Corrugate goes with that, especially vertical corrugate — you have a look at farm buildings all around New Zealand and there’s still a lot around. They're beautiful because they're so simple.” 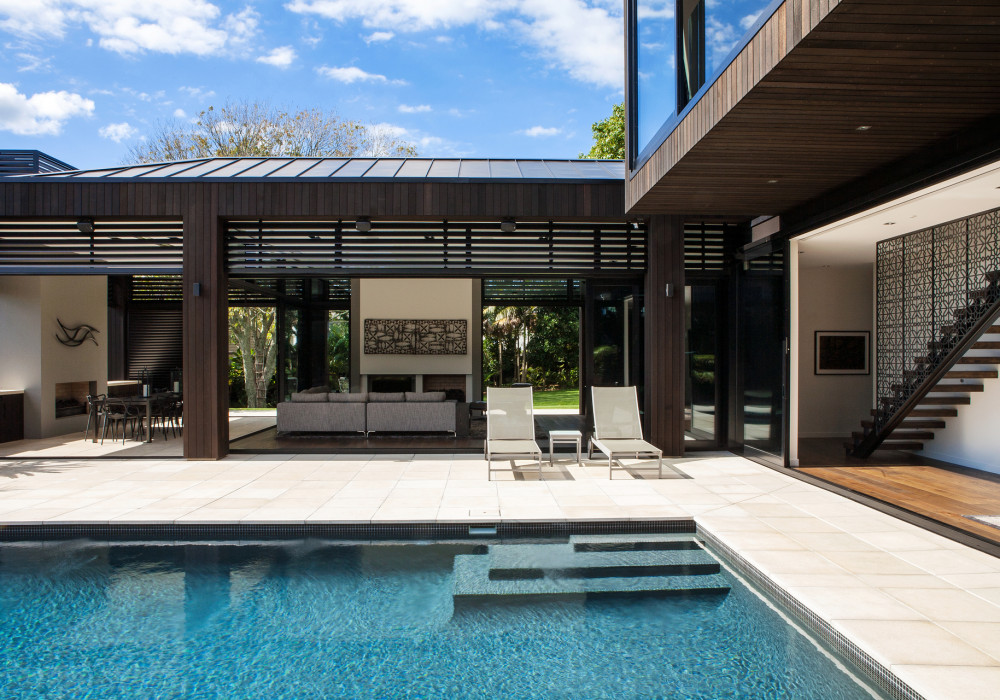 COLORSTEEL ENDURA consists of an AZ150 ZINCALUME steel substrate to which a multi coated paint system is applied.

COLORSTEEL ENDURA is certified as a Type 4 coating when tested to AS/NZS 2728 and therefore is consistent with the NZ Building Code as described in Acceptable Solution E2/AS1 Table 20. 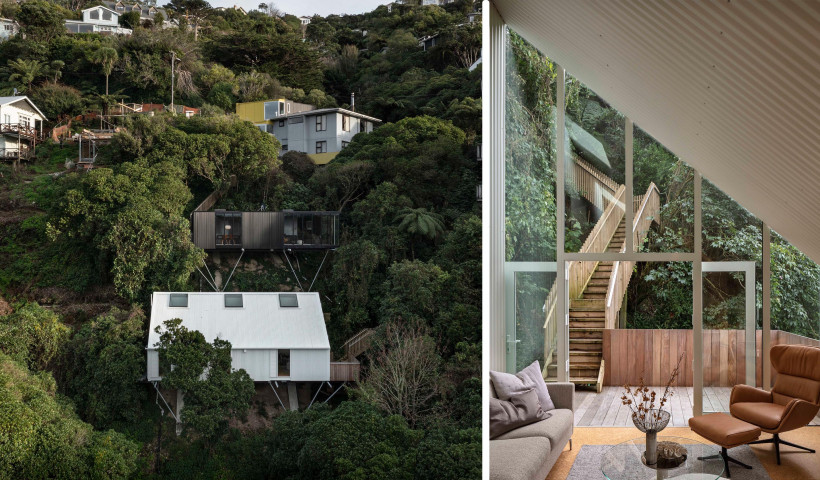