A look at how Blum’s Christchurch warehouse generates its own power while reducing emissions. 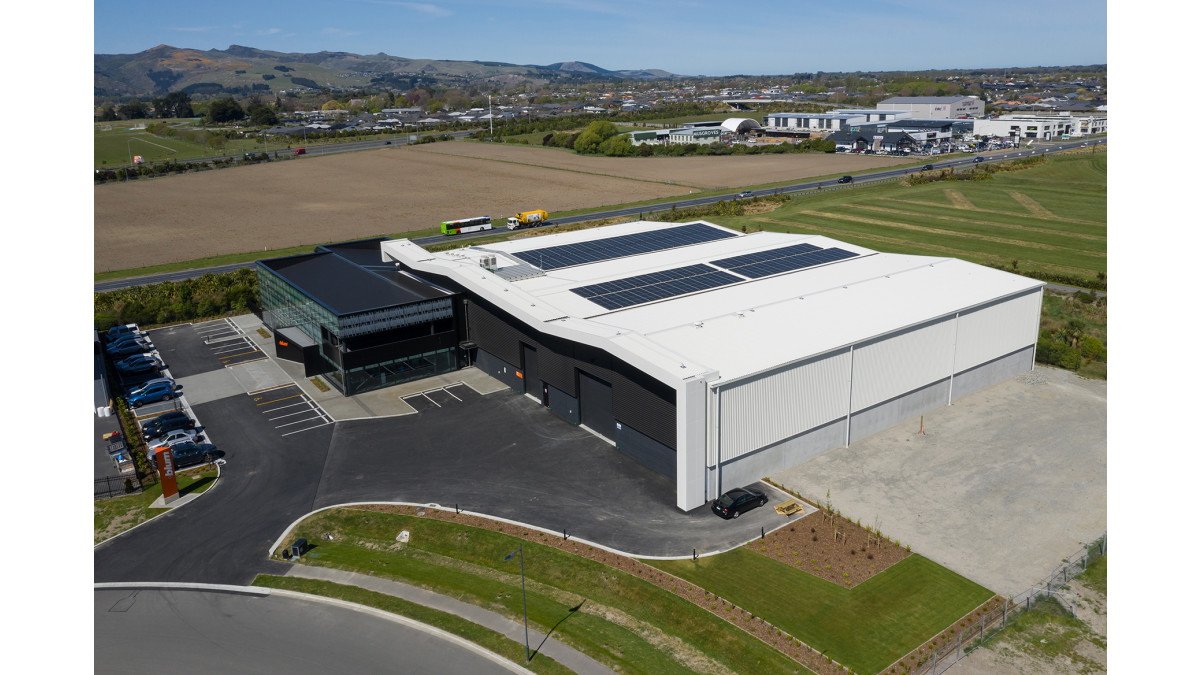 When Blum decided to build a new warehouse/office/showroom from scratch in Wigram, a big part of the brief revolved around sustainability.

Generating power on site using non-carbon sources was a key driver of the design by Warren & Mahoney. So the 3,150m² facility features a ground-source heat-pump and energy-efficient design to help reduce carbon emissions.

Blum also asked Cosgroves, the mechanical engineering consultants on the project, to investigate solar photo-voltaic arrays. And Cosgroves got CPS Solar — the Canterbury solar specialists — to recommend a solution.

The result is a stunning building with a solar array that generates a large part of the building’s daily energy requirements, while giving management a new level of control.

The power of innovation

“Every PV panel on the array has an extra module called an optimiser. It’s a safety feature that limits output from 800V to 40V at the first sign of a fault that could spark a fire. This means fires can be fought proactively rather than left to burn because the array is too highly charged."

“Blum suggested we look into this technology, so we did our investigations and came up with a preferred option. The optimiser is quite a simple add-on, but it could make a huge difference at a critical time.”

Blum were keen to specify features with an immediate impact on the building’s environmental performance, with benefits that would grow over time. One example is the dashboard that lets CPS and Blum understand how well the solar unit is performing, and whether it needs maintenance.

Every day, Murray Marquet gets an automated email showing the total power generated the previous day. One day, he noticed an unexplained drop-off in generation. “I could see something was not right,” he says.

A quick check showed zero output from one of the system’s inverters. This fault might not have been picked up for weeks, or even months, without daily reporting. But the system’s smart monitoring function meant the fault could be rectified within 24 hours, and full output restored.

Murray is also proud of the system’s layout. It’s the first system CPS has installed with 50kW inverters, compared to the previous norm of 20kW. This meant the design could be optimised with 2 x 50kW inverters rather than 5 x 20kW inverters — freeing up roof space for more power-producing panels.

It wasn’t a complex or time-consuming installation, either

“Blum, Cosgroves and [construction company] Haydn & Rollett were all on the same page. The work was efficiently managed so we were able to install 303 solar PV panels, inverters and all the associated components within five days. Then two more days of commissioning, and the system was ready to go live,” Murray says.

The ultimate test is performance

So how much solar electricity does Blum’s warehouse generate for its daily use — and how much CO2 does it save?

The answer is: 74.6 mW between the time the system came online in June 2020 and early March 2021. While the system’s smart reporting function estimates a total of 52 tonnes of carbon emissions have been averted.

Open since August 2020, the Blum showroom is available for kitchen designers, trade partners and their customers to visit at 16 Avenger Crescent in Wigram. Visually impressive, the building has also drawn praise from visitors for its year-round comfort, despite the high ceilings and full-length windows that frame the landscape.

It’s a tribute to the architects, engineers and builders, who have delivered a highly usable space that’s also very comfortable.

It's also surprisingly easy on the environment. Focus on the Laundry to Add Value When Space is Constrained