Acoustic Balance for a Professional Recording Studio with Autex Located in Joondalup, Western Australia, Superfreak Studios is a popular and professional recording studio for musos from all walks of life. Acoustic professional Shannon de Bie, Owner and Director of Pro Sound Productions, set about designing and creating a visually radical yet highly functional acoustic treatment for the space's intended use. Comprising of six uniquely themed studio rooms within extremely close proximity to one another, as well as a fully functioning kitchen and two bathrooms, Superfreak needed to ensure that the reverberation levels are conducive to recording music whilst also creating a visually exciting aesthetic.

Quietspace Panel overlaid with Vertiface decorative fabric was employed to control the acoustics. As Superfreak wanted to create a look that was totally unique, panel components for this project were hand cut using a lightning fabric cutter. This unique cutter uses heat created by the rapid speed of the blade to melt the fabric, allowing the blade to glide through the panels, creating precise cuts. Quietspace Panel in 25mm and 50mm thicknesses were cut with extreme care to ensure a straight and square cut that allowed for seamless joinery and overlapping. "We needed to ensure that each individual panel was perfectly level and evenly spaced before placing the next panel over the top, otherwise the whole pattern would be thrown out mid wall," explains de Bie. The details for creating this look were extremely intricate and the result was visually contemporary and exciting.

In regards to the acoustics, 'The Big Room' proved to be an issue due to the large and rectangular space. Eliminating escaped audio was of utmost importance as many of the instruments used in these studios, such as drums and bass, create natural overtones blocking out subtle sounds created by other instruments. To ensure balance of sound, most of the ceiling was left untreated, a lower percentage of Quietspace Panel was used to cover the south wall and the carpet was insulated with a thick underlay. After the installation had been completed, the rooms were acoustically tested and results indicated there were some extremely low frequencies that were resonating within the room — in particular 56hz. To resolve this issue, a bass trap was added to the south/west corner using 100mm thick Quietspace Panel as well as an additional bass trap block above the door entry corner. This cut down the 56hz resonance by 50% which made sure the audio in the room was balanced.

The overall results of this project greatly exceeded all expectations. By using the custom cut Quietspace Panel, negative shadow in the spacing has given both a dynamic effect and depth to the sound of the studio, and in effect has interrupted the soundwaves' natural path which is crucial for the room's intended application. Each studio room now holds a perfect combination of absorption and reflection, enabling the musicians to hear both instruments and vocals significantly better and clearer than before. By layering the 100mm and 50mm thick Quietspace Panel in selected corners, Superfreak was able to control ultra-low frequencies with targeted absorption. This has allowed for bands and recording artists to push their performance without distortion being caused by excessive reverberation.

As an acoustic engineer noticed when entering the Big Room, it is clearly an incredibly well acoustically balanced room, solely geared toward the best rehearsal, recording and visual experience. Autex interior acoustic products feature in many professional recording spaces, however, none compare to the Big Room at Superfreak Studios.

View the install in the Big Room

Quietspace Panel is a high-performance acoustic panel suitable for wall and ceiling applications. 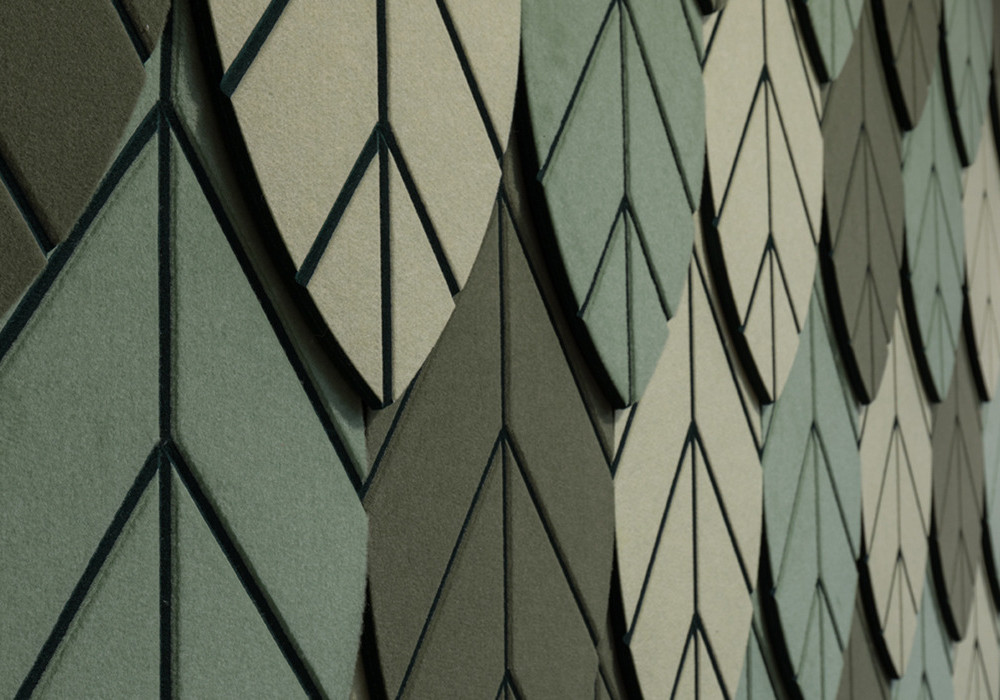 Vertiface is a versatile decorative fabric that can be used in a wide variety of applications from wall covering, to making lampshades, to covering furniture.

Vertiface is hook-and-loop receptive surface for use as noticeboards, and is suitable for a wide variety of applications including wall coverings and furnishings.