The first Kiwibuild project on Auckland's North Shore was completed by NZ Living in late 2021. Just 8km’s from downtown Auckland, Fraser Avenue comprises 102 apartments, spread across five buildings surrounding a village green. 70% of the studio, one, two and three bedroom apartments were reserved for first-home buyers.

The design by Brewer Davidson architects reflects the multiculturalism and vibrancy of the local community, with the five smaller scale blocks designed to maximise space and brightness to help foster a real sense of community. This ‘opening up’ of the design included fully glazed stairwells. It’s an important design feature that comes at a potential cost. It dispenses with the often claustrophobic nature of stairwells, providing a real connection between the exterior and interior of the apartment complex. Yet it presents significant potential for thermal discomfort. With a focus on sustainability and affordability, a solution was needed which would both be energy conscious and require little upkeep.

The solution, which uses engineered ventilation products from Ventuer, uses the natural forces of wind and thermal buoyancy to deliver fresh air into the transition area, controlling the thermal comfort and introducing fresh oxygen. Providing the interior convective air flow are VL-55S louvres which are incorporated into the window joinery. It’s an unobtrusive solution that blends into the joinery, disappearing from conscious sight. The slimline louvre is designed for small areas and is rated for air volumes up to 1.0m³/second.

The facade continues past the ceiling of the stairwell and there are more louvres over the face of the ceiling void. So, the second part of the natural ventilation solution called for ceiling grills in the stairwell ceiling to allow the naturally buoyant warmer air to travel upwards, out of the occupant transit area itself, then through those upper louvres. The Ventuer ECF Series of fixed core eggcrate grills, provided a robust and effective solution and worked as intended. The rising, warm air could escape and this helps suck in cooler air from outside, through the lower louvres. The warmer the air, the quicker it rises and faster it sucks in cooler air from the outside, making the solution effectively self-regulating as it adjusts to the conditions. Also, with no mechanical assistance required, there are no issues of acoustic discomfort for residents.

There was one final issue though. The lit stairwell would attract flying insects at nighttime, so a bug screen was fitted to the louvres to stop their attempted irritating invasion of the interior.

For the residents of Fraser Avenue, the naturally vented stairwells become a space defined in the architectural intent. They bridge the inside and outside and add to the experience of the apartment in a positive way, for occupants, finances and the environment. 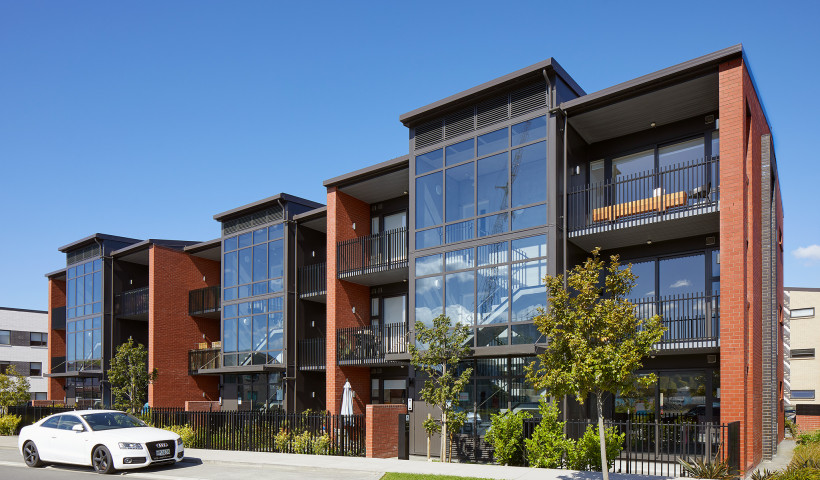